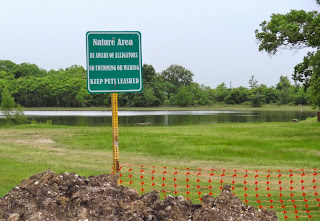 Can you find the alligator in the pic below?

The truth is that the alligator warning signs are more abundant, or at least visible at all times in George Bush Park, while the alligators themselves are not. That said, there is a reason for the warning signs. Alligators have been spotted there, but they are not exactly all over the place. The large birds and the deer are much more plentiful.

A better location to observe alligators in their natural habitat is Brazos Bend State Park. But as reported by the Houston Chronicle in its weekend edition, that park is currently closed due to flooding, which appears to have caused some damages. But it will only be a matter of time until things are back to normal conditions. There are far in excess of a hundred alligators resident there all year round, and the wildlife enthusiast is virtually assured to get to see at least a few of them one a single visit, even on the least demanding trails. Sometimes they even block the trail.

Unlike the warning signs in George Bush Park, those posted at Brazos Bend State Park also give instructions on "alligator etiquette", i.e. doos-and-donts of staying safe around alligators. --> Alligator safety

Some of the trails are also great for biking, and overnight camping is an option also. Fishing is allowed, but no swimming. For obvious reasons! Pets to be kept on a short leash. Alligators may deem them prey. Don't fight alligators for your catch when you fish (there are piers and platforms), and don't ever feed them, lest they take a liking to you and fellow humans.

Birding is also great the Brazos Bend. The birds are much more abundant than they are in George Bush Park, and the make-up of the avian population (in terms of species and their numerical share) varies around the year, reflecting seasonal migration patterns.

According to the Texas Parks & Wildlife Department's website (status of parks page), the park will re-open July 8, 2015, but some trail/areas will probably remain closed. 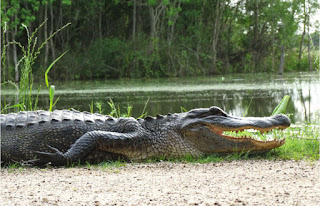 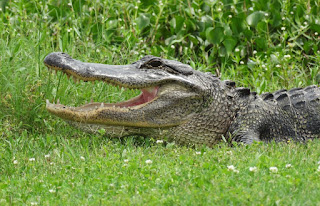 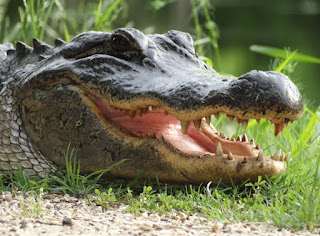 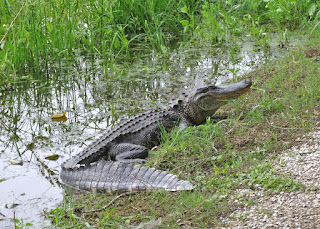 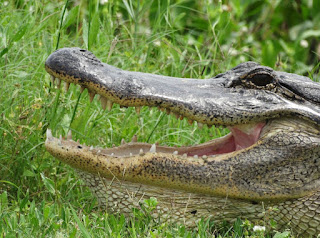 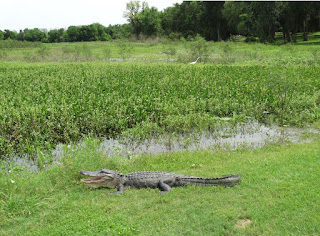 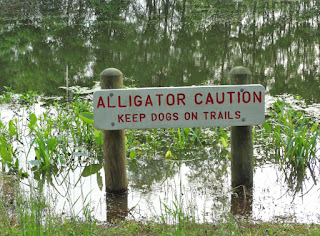 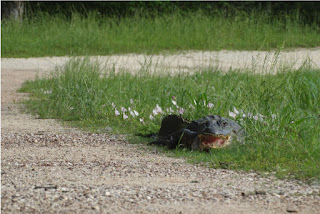