Schiller Hill offers panoramic views, in addition to opportunities for exercising and bird-watching 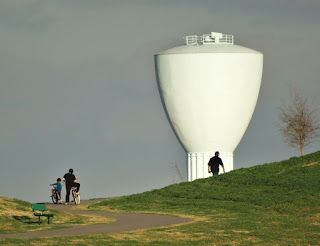 The hill is a man-made elevation located South of Schiller Road between Highway 6 and Eldridge that is part of a flood-control measure developed to reduce damage downstream of Brays Bayou. The hill was created with dirt excavated from below to enlarge the capacity of the stormwater detention pond. The entire flood controls project space is also a designated recreation area with paved trails for walking, hiking, and biking, and has recently been equipped with trail-side exercises stations. Fishing is also allowed, although certain limitation apply. Boating is not allowed and alligator warnings are posted. The two large permanent bodies of water feature small islands and attract many birds, including egrets, herons, double-crested cormorants, coots, ducks, ibises, and even pelicans. The lakes support large birds because they contain an ample population of fish. 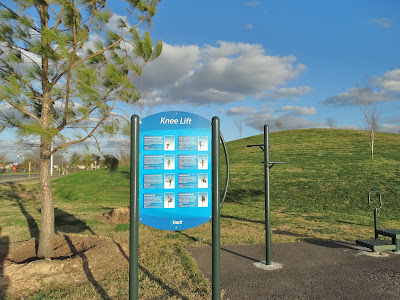 Apart from the Baker Dam farther North, which was also build as a flood-control project, Schiller Hill is the highest elevation in the area and affords a 360 degree view for the surrounding suburban landscape. To the West and South, the view is not particularly scenic because of the presence of Highway 6 and the Westpark toll road, respectively, and warehouse-type structures. 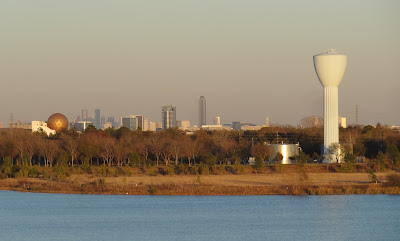 On days with good visibility, however, the Downtown Houston skyline can be seen on the horizon on the North-East side, in addition to the office towers near the West Belt and on Richmond, and the Williams Tower and other tall structures in the Galleria area on the West Loop. The most salient nearby landmark is the water tower on Eldridge, located South of the playground area.

The hill is now completely covered with grass, as are the slopes of the expanded stormwater detention basin. A few small trees have also been planted. Swings and picnic tables invite visitors to stay and relax, while enjoying the unobstructed view of the land and water below.

The park, named after Archbishop Fiorina, and its now extensive system of paved trails, are quite popular, but due to its large size -- spanning the full distance between Highway 6 and Eldridge Parkway - it is never really crowded, except for the children's playground area at the entrance on Eldridge, which is also where amenities such as restrooms and water fountains are located, in addition to park benches.

Schiller Hill is best accessed from Highway 6, by making a turn at the ALDI store and going East on Schiller Road. This road is a cul de sac.

It eventually ends near the edge of the water. But a sizable paved parking area was leveled and paved at the foot of hill in 2015 specifically for use by park visitors. It accommodates 60+ vehicles, but is never filled to capacity. At the Eldridge Parkway entrance to the park, by contrast, parking can become an issue, depending on the time of day and weather conditions.