Playgrounds and play areas for children in the Energy Corridor 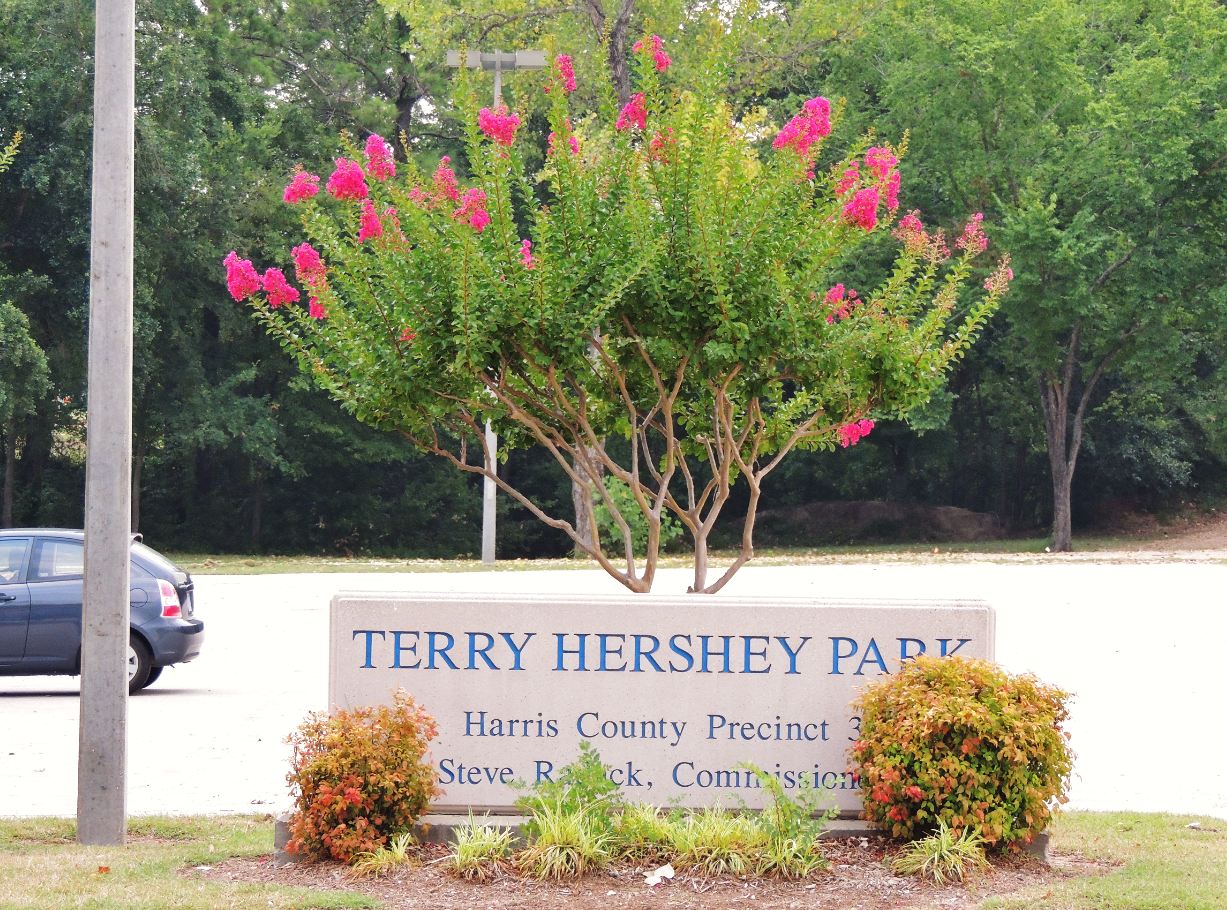 Terry Hershey Park
on Memorial Drive between Eldridge and Highway 6
The enclosed playground with play equipment and the Kids Fit exercise area are part of the Terry Hershey Park and Trail System. The hike and bike trail extends to the Beltway in the East, and to George Bush Park in the West. The kid's section of Terry Hershey Park is located on Memorial Drive West of Eldridge Parkway, with parking on the South and access from the North over pedestrian bridges over Langham Creek from another parking lot adjoining Katy Freeway inbound feeder, that also serves hikers and bikers that want to use the new extension of Terry Hershey Trail to the North to Addicks Dam via Katy Freeway underpass. Watch out for cyclists on the trail, which is a rather narrow multi-use paved trail that can get very busy. The speed limit for cyclists is 10MPH, but is not always observed. 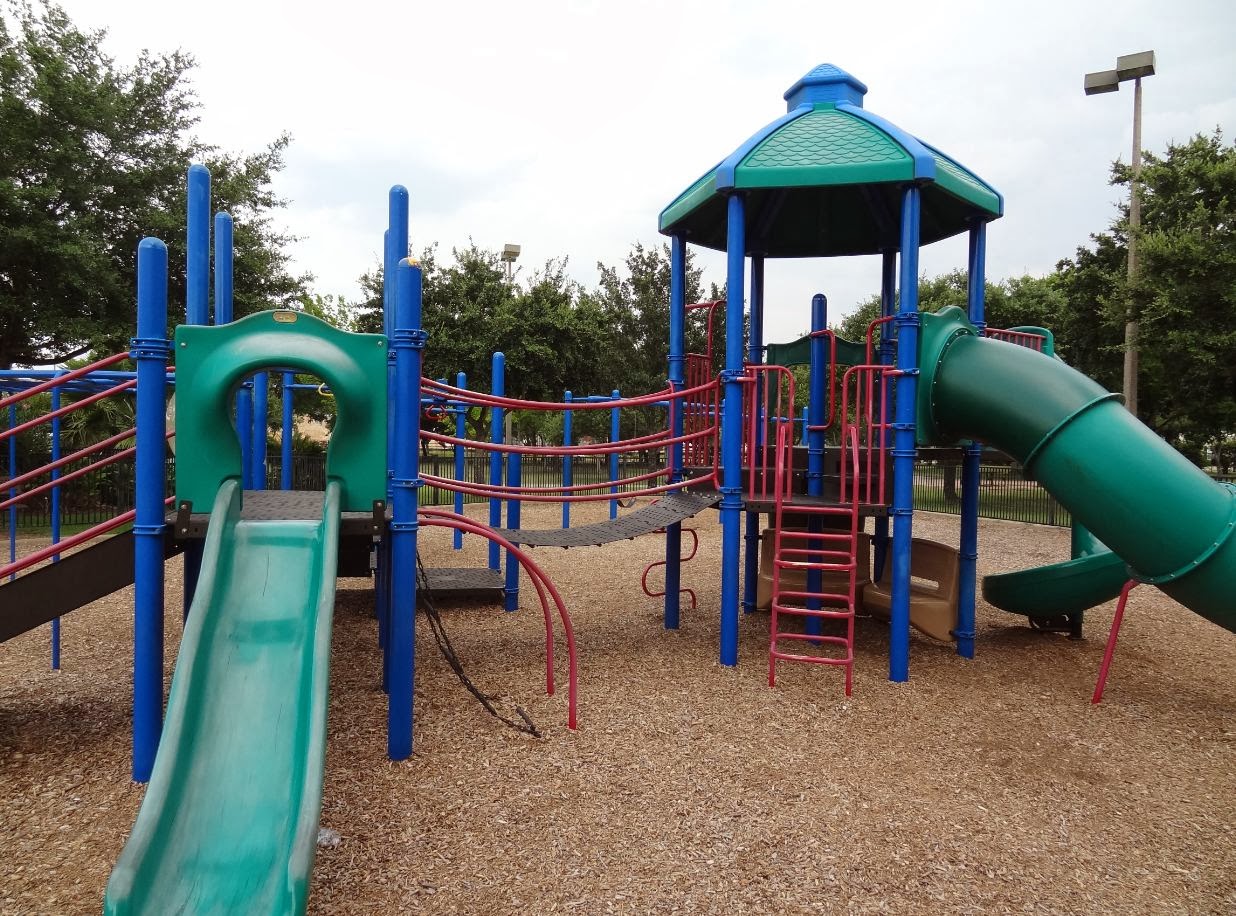 This is a small park on Eldridge surrounded by luxury apartment complexes. It features two enclosed play areas for kids of different ages; multiple pavilions, restrooms and a drinking fountain; a boardwalk is located at the center; and a walking path winds its way along the perimeters of this small recreational oasis. Picnic tables with BBQ pits are located throughout. Ray Miller Park is small but very popular with neighborhood residents. The parking lot off Eldridge is often filled to capacity. Dogs and bikes are not allowed in this park. 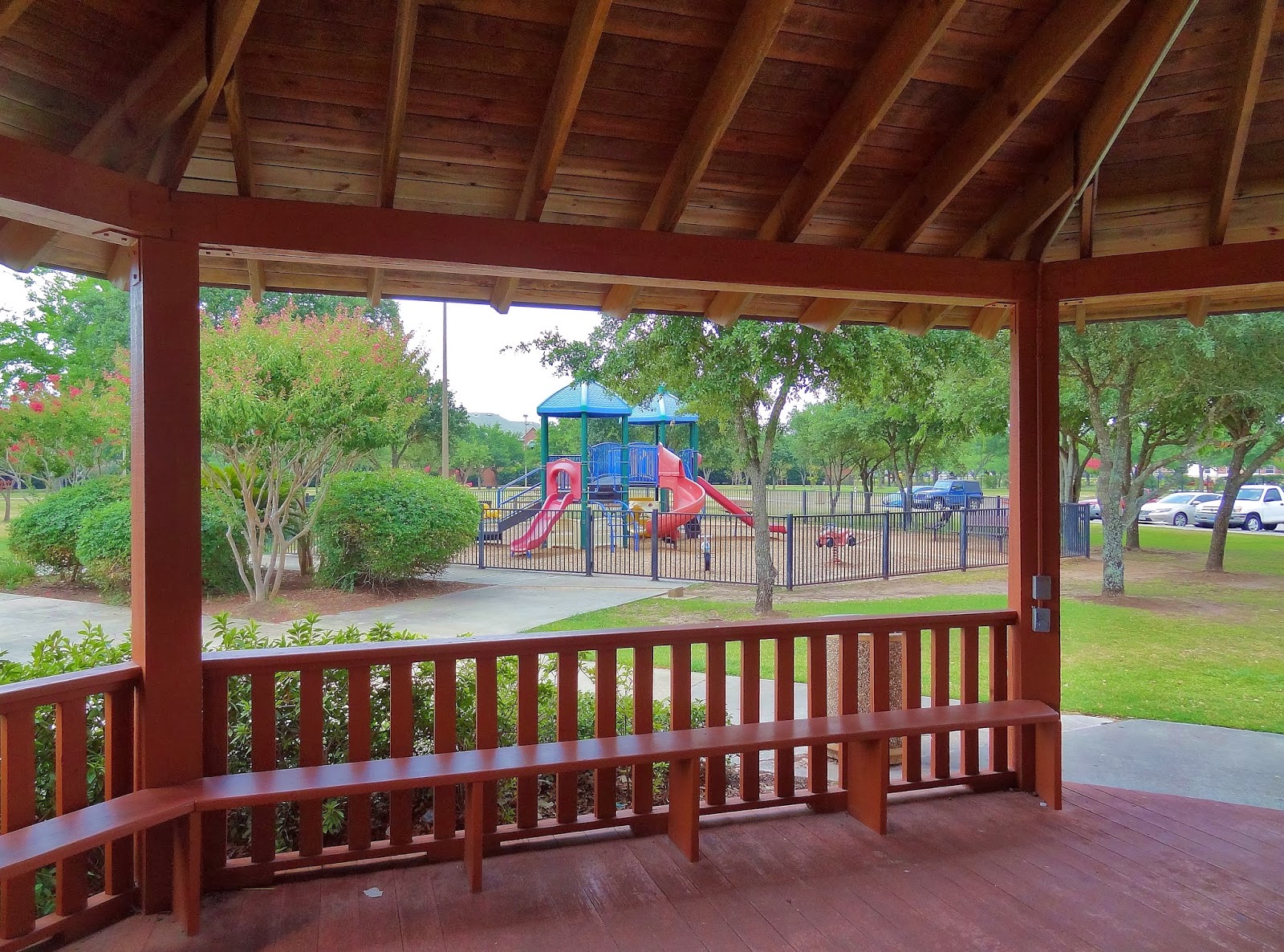 Playground at Ray Miller Park on Eldridge Parkway across from Eclipse Apartments at Crescent Circle. 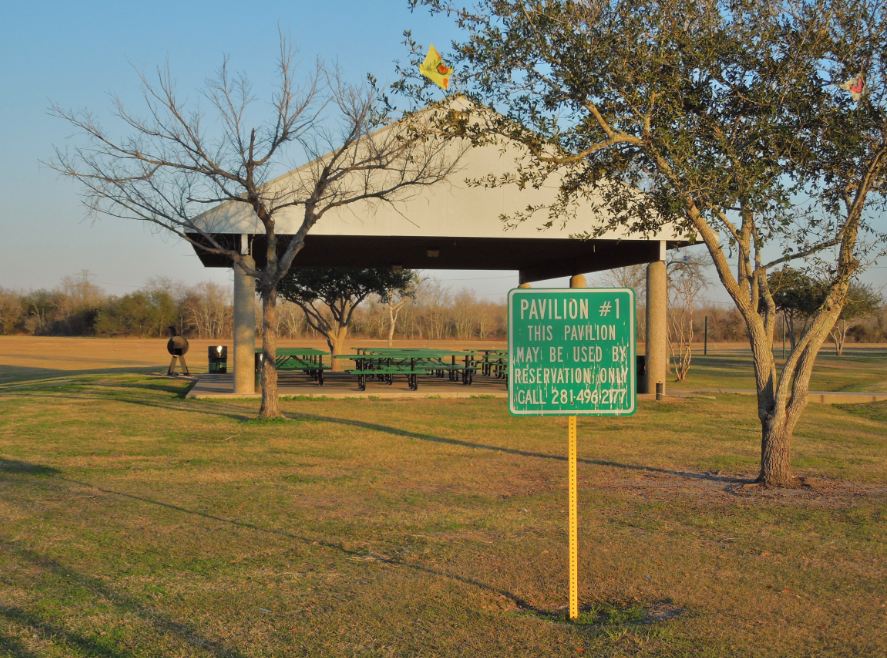 This section of George Bush Park (named for first President Bush, who played a role in Buffalo Bayou wetlands preservation as then-congressman from Houston) is located South of Westheimer Parkway and accessible via South Barker-Cypress Boulevard. This is a large public park with vast surrounding fields. It has running water and restroom facilities and can accommodate large groups in pavilions for weekend get-togethers and special events. Pavilions can be reserved. Parking is not a problem here in this park, which serves all age groups and various interest, including aficionados of kite-flying. The surrounding flatlands are part of the reservoir and therefore flood after heavy rains. To the South, near the power line, is a duck pond with its own small parking lot, picnic tables and benches overlooking the lake, which is frequently visited by birds of various species throughout the year. Unlike other parts of Bush Park, such as Noble Road Trail, this area is open grassland, with only a few scattered trees, and thus exposed to the sun in the summer. 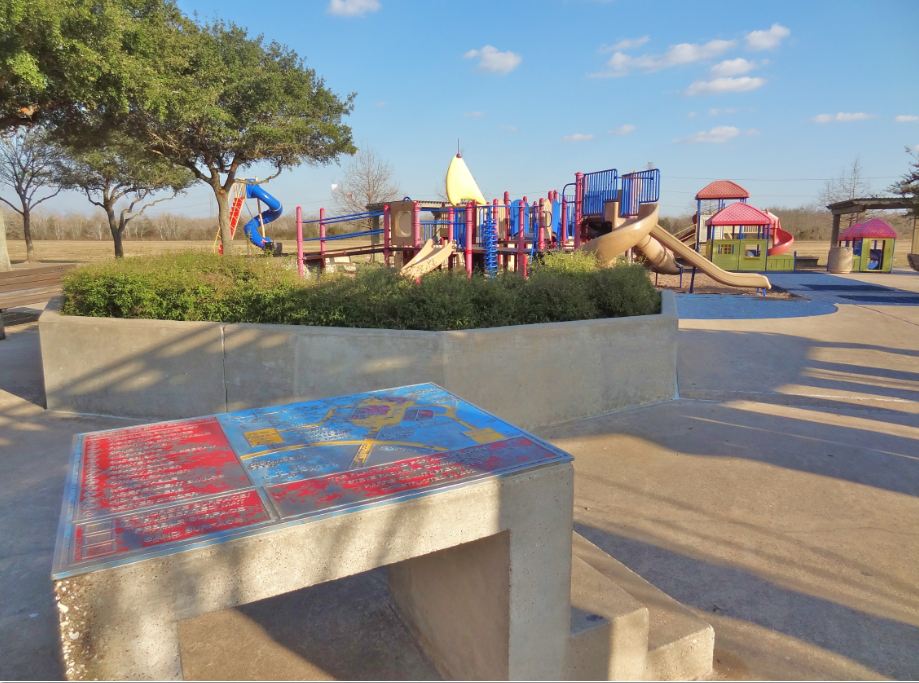 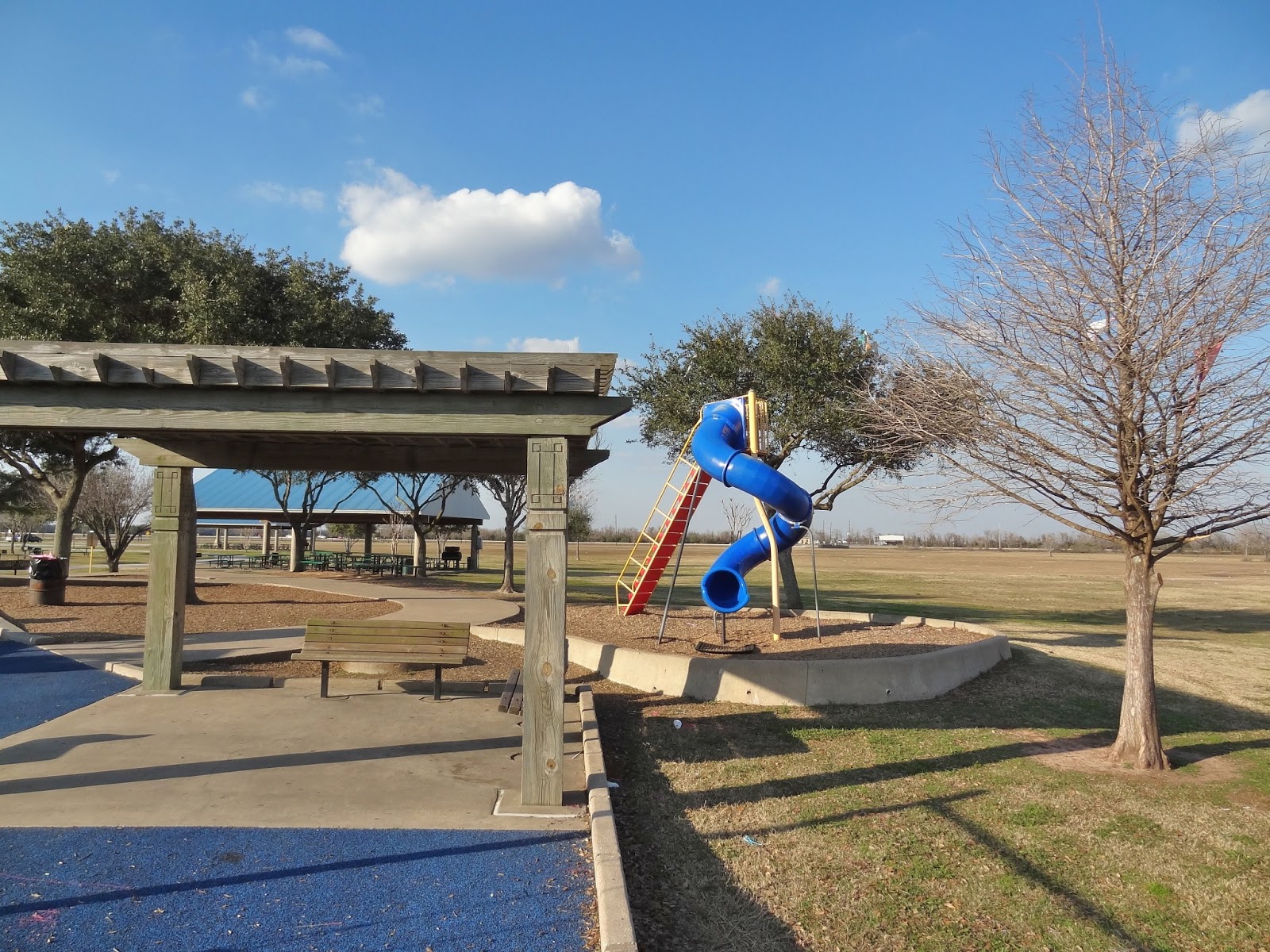